The day I left  for Northern Rhodesia, I didn’t know what to expect save for the weather and an impending beating on the board, it was both  my maiden ECASA appearance and trip southward.

I packed a week’ s change of clothes, my Beauty headphones and enough sand in my gizzard. Everlyne Othim saw the last of me disappear from home soil at about 3pm and it felt like cherry and Akabanga all at once for the both of us.

I was with the free-spirited Wamucii ‘Cii’ Irungu and had found the beautiful Millie Kikech I think witty Fred Magu by touch down.

On arrival, there was an excess of warm welcome, laughter and brotherhood compressed in the 1.9metres and 265 pounds  of Mwenya Munkonge and tones of chit chat – sly smiles compacted into Mulenga Chitundu awaiting us.

As More word warriors ebbed from the bellies of steel birds and coalesced around Mwenya that night, our laughter grew louder, handshakes between nemeses became like claps of thunder, and thirst for spreads were laid bare. By 3am, Chris Ntege and Odongkara had arrived to represent  Uncle Kaguta’s family. I think I even saw Abba Hydara, The good doctor from The Gambia too.

It was one bubbly crowd of lethal wordsmiths and all my worries died in their sleep that evening.

The day that followed was spent trying to  finish   nshima at Broadsway. You see, at Olepolos you order like this:

“Ba’Mubanga, we’ll have our lunch at the gazebo over there.”

You go to the gazebo and before your backside communes with the bench, flood gates of Shoka Nyama, Chicken and pork are opened on you.

Adult beverages be trickling from the left and free  nshima raining on you like the hailstone plague from the right.

It was nothing short of a Fiesta at Broadsway complete with a miracle .I say  miracle because, never before have I ever seen or heard an omwami defeated by food, more so obusuma nende  ingoho, but it happened in Lusaka.

Across from me sat Abba, Koyyoko, Oyende and Muema, then there was Amuke, Limo and Wamucii to my right, Wenwa, Gigaton and Sang to my left. Magu and Milly sat at the head of the table. As my ears danced from all the chewing, I could hear #Allan say with every fresh serving of nshima and nyama, “tu nakula kumaliza!” and #Amuke would grunt in support, and Muema Muumbi would twist every utterance into a joke and the gazebo would come down in roars of belly hurting laughter.

Over an hour later, the flesh floods and ugali  hailstones had not subsided and people were beginning to give up. One by one we beat a highway to the dispenser to wash, tonnes of food still desperate to be eaten. That’s the day #CJ distanced himself from the ugali eaters confederation  we’ve always known he and  the chairman belonged to.

Later that evening, we roamed the neighbourhoods of woodlands helping Namasiku Muyoba put together the last bits of the preparation for Day 1.

On the last day, CJ and I held #Gigaton ‘s hands, walked him to the podium like a beautiful bride, his favourite Amazing Grace playing from the stereo as he collected his -overall best- accolades. It meant quite something for team Kenya securing 6 out of the coveted top 10 ranks, and that is without support from home. It was the most patriotic thing I’ve ever done, outside singing Ee, Mungu nguvu yetu.

There was some sort of after party at Tecla Resort, where some settled scores on the board, others strangled bottles of Windhoek and the rest of us played Mubanga Kambikambi ‘s 40 seconds then #Lynda Ayiek’s charades.

Charades was particularly fun! #Chalee stuck the phone on his forehead and listened out for clues from his team mates. The puzzle word was skunk. They were several points down and time was running out. #Gloria tried to say something, but her voice was too soft and the pressure too high, they were all trying to give descriptions but chalee couldn’t follow them all at once. He then fixed his gaze on Isaac Mwape, who also filled with pressure and a healthy desire to win, exploded with the funniest clue! He shouted, “kanunka!” (Bemba word for it smells!) and the remaining seconds were wasted away in hearty laughter from all quarters. They lost to us because of how they clued and also because we knew shit, as Lynda would say. In one of their turns, the puzzle word was Plague. #Julius (he has an uncanny resemblance to Klint the drunk, both physically and in character) looked up from his drink and shouted, “Joseph had something to do with it!”. Really? Joseph had something to do with the 10 plagues? But that’s him. He thinks like the military doctor that he is; coded language or root cause. Then we sung our victory song, “Iyeeee! Chipolopolo! Chipolopolo! Iyeeee…!”

#The_president_of_SAZ was away on treatment during the Easter event and sadly, he logged off this weekend. Our heartfelt condolences to y’all wonderful people of Zambia. We cry with you just as we laughed with you. It is well my people. 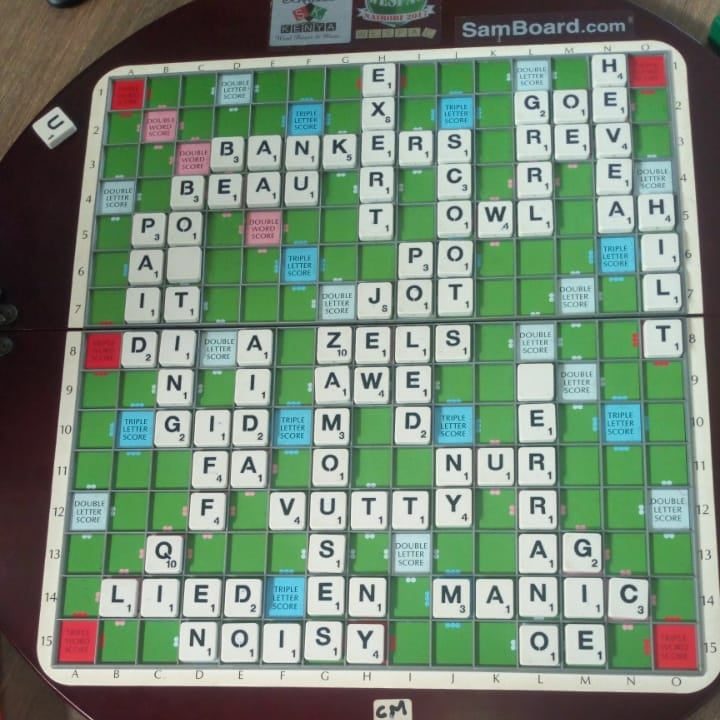 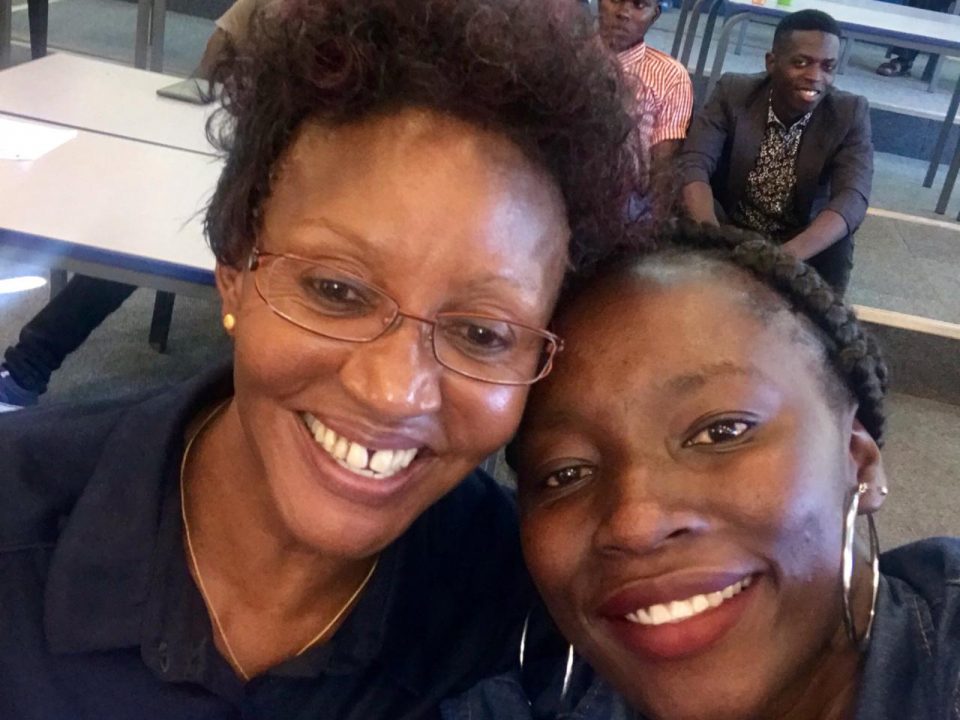 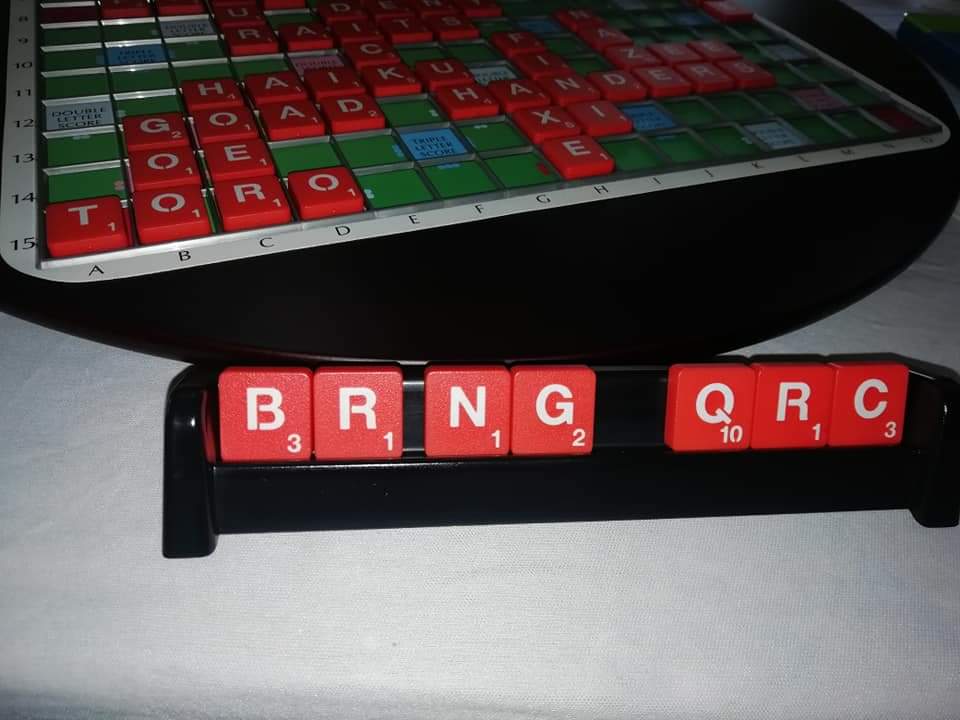